With this second article sharing our designers latest inspirations we will have a look at the design of Miss Warangkhana Intarapreecha, known among us as May, who worked on a new collection for Yacht carpets. 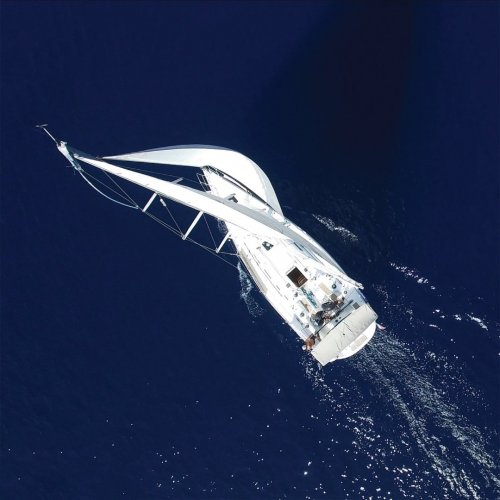 May decided to create her designs by imagining herself through the eyes of the yacht and drew on paper what it would see during its lifetime and travels.

She then divided her Yacht collection into two opposing themes: the ocean side and the land side.

Indeed for her during its lifetime a yacht will know two different landscapes, the wide and open sea mixing the shades of blue from the water and the sky and another more stable landscape, represented by the rocky environment of brown and gray grounds where the yacht is moored.

Let us start by discovering the sea side of May's inspiration. 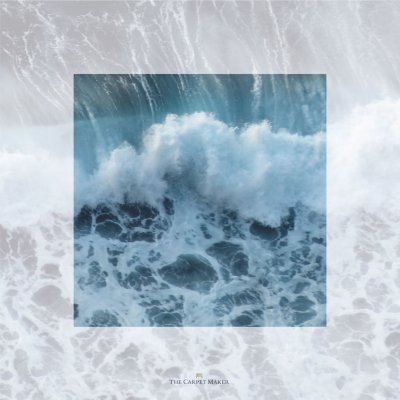 This picture is the one May used to inspire herself. We can notice waves splashing on the beach and making foam. Then May combined those images with her imagination in order to create the following designs.

There are three designs.

The first one represents the wave movement as well as the strong currents existing in the open sea. It is named Caspian after to the Caspian sea which is the world's largest inland sea in western Asia.

The second design was to remind May of the sand marks left on the beach after the waves recede. Its name is Bohol in reference to the Bohol or Mindanao sea located in the Philippines which is famous for its magnificent beaches.

The third design was the picture May had in her mind when she was thinking about the foam made by waves splashing against the boat. This one is named Mediterranean just like the famous sea which divides the European and African continents. 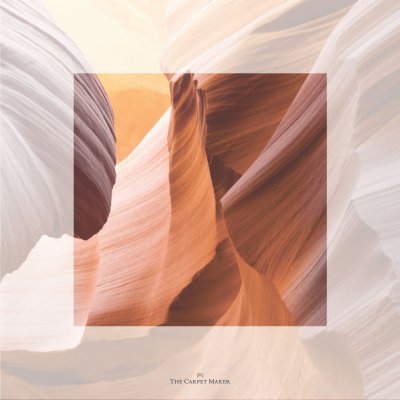 Once again May took inspiration from this picture where we can see rocks and cliffs with multiple shades of colors reminding us of marble.

As a big fan of climbing May baptized her designs according to renown mountains and peaks of our planet.

The first design, Kamet, which represents the rough texture of the rock, got its name from the first peak of over 7600 meters to be climbed in the Himalaya mountain range.

Then comes Chomo, which clearly shows us the beautiful shades of colors existing in the marble and refers to the Chomo Lonzo mountain (7790m) located in the Tibetan region of China.

The last design Nanda is the splendid combination of the two previous designs in one, mixing both texture and color shades and was named according to highest mountain in India, Nanda Devi (7816m).

That's it for the first inspiration of The Carpet Maker designers. We can fairly say that 2019 is starting pretty well and we can thank May for these wonderful artworks. We hope to see them turned into full-size rugs and carpets as soon as possible.

For those who would be interested in our other Yacht collection, feel free to visit our Collections page (https://www.thecarpetmaker.com/collections)